What I consider to be Professional #PowerShell

I have recently held several PowerShell introductions and had exciting discussions about coding style and things considered to be professional in PowerShell. I decided to collect those thoughts. The presentation grew to a point where I decided to publish it.

Setting a Proxy without changing your #PowerShell Code

Hardcoding a proxy server is an anti-pattern and you are probably aware of this. But how do you handle it when your PowerShell code is executed in different environment with and without a proxy server. You certainly do not want to add parameters for this because this would only be the beginning. $PSDefaultParameterValues to the rescue!

Regular expressions are often considered the holy grail of parsing data. Regexes are very powerful but most of them are unreadable as well as seldomly documented. But with great power comes great responsibility. I will demonstrate how to write complex regular expressions, make them readable and even include proper documentation.

At the end of January 2018 I had the opportunity to talk at DevsMeetup Freiburg about the lessons I learned working with Docker.

Using #PowerShell to talk to #Rancher

In my last post, I released several PowerShell modules to talk to several CI/CD tools. This includes Rancher a UI and orchestrator for containers.

In mid-December I had the opportunity to talk at a German conferences called IT-Tage held in Frankfurt. The event was organized by Informatik Aktuell. In my talk I described how traditional infrastructure services can profit from containerization and continuous delivery as well as which challanges arise when automating the deployment as a scalable, highly available service.

Using the #Docker Named Pipe as a Non-Admin for #WindowsContainers

When using Windows containers you will quickly notice that Docker on a Windows Server requires an elevated prompt to use the named pipe at \\.\pipe\docker_engine. Today I will demonstrate how to change the permissions of the named pipe to have a similar UX as on Linux.

In my last post, I released several PowerShell modules to talk to several CI/CD tools. This includes InfluxDB a time-series database which is part of the TICK stack by InfluxData for storing and analyzing monitoring data.

I am a console guy, you know. Although a graphical user interface (GUI) is a great way to visualize data, it often falls short of its potential when it does not correlate data. That’s when a command line tool comes into play. It enables you to retrieve different kinds of data and process them yourself. And since, I love PowerShell, what better way than replacing GUIs using cmdlets?!

What's new in the #Docker Universe at #Container_Conf

Today, I had the opportunity to speak at ContainerConf in Mannheim. I talked about the news in the Docker ecosystem with a special focus on the Moby project. This post not only publishes my slides but also the demos from this talk. 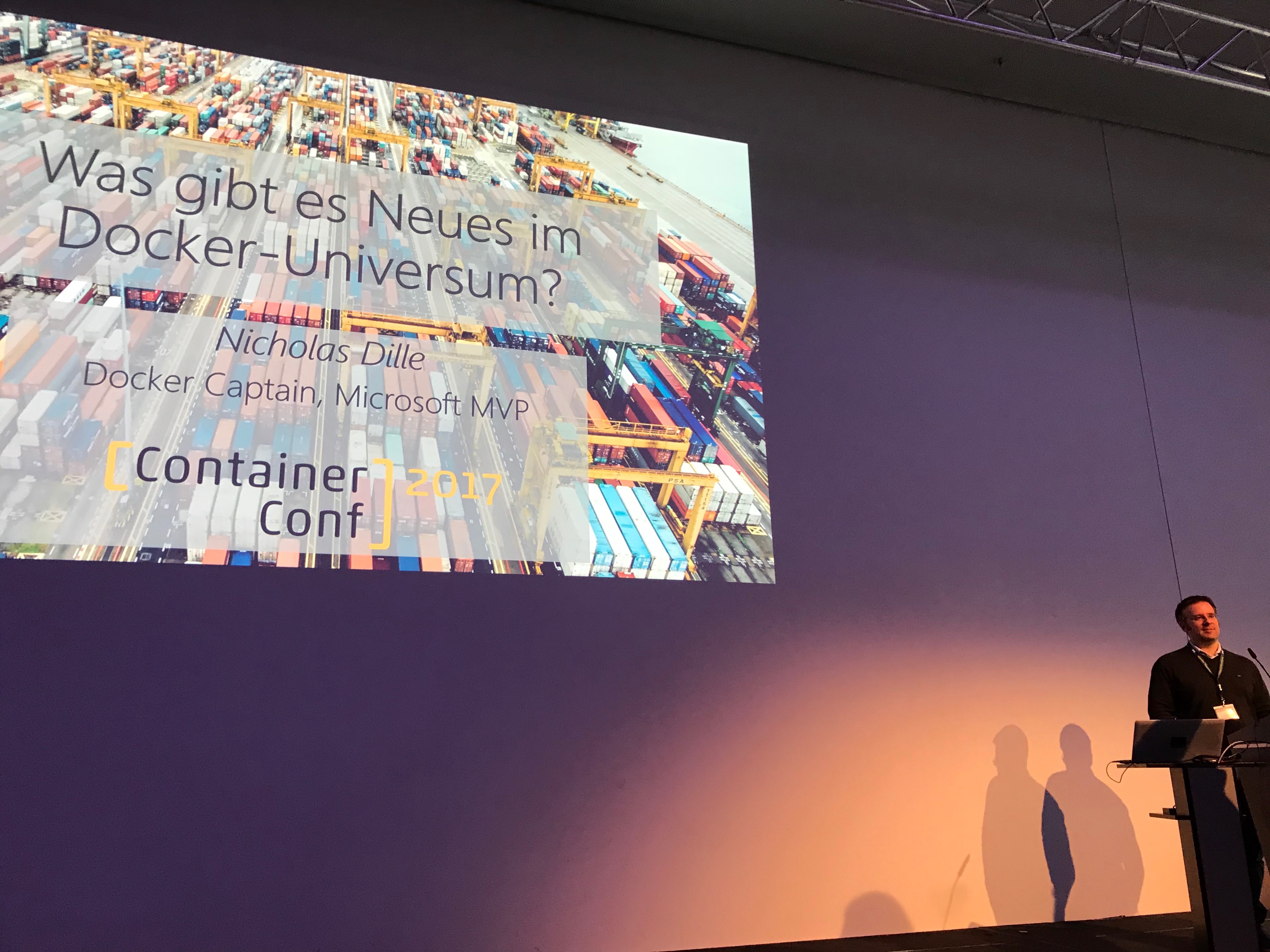