I am very happy to announce that I have been awarded Microsoft Most Valuable Professional (MVP) in Cloud and Datacenter Management again. I have now been an MVP for 10 years :-)

After my talk about BuildKit at DockerCon Live 2020 I wanted to provide a detailed answer to a question from the audience. I was asked how to use BuildKit in GitLab CI and this post will explain this for running the BuildKit daemon as a service and using BuildKit daemonless in a job. 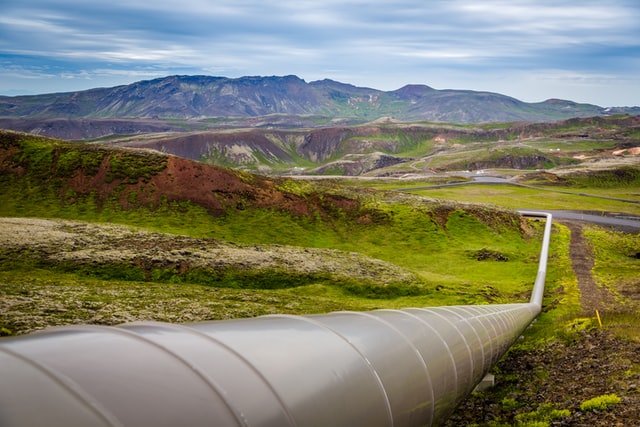 My Talk about #BuildKit at #DockerCon Live 2020

This week I had the honor of talking at DockerCon Live 2020. It was a dream come true and I was really excited considering that over roughly 70K registered for the event and nearly 24K watched the keynote. I presented how to improve container image builds using BuildKit. In contrast to many other virtual conferences, talks were pre-recorded and played at the designated time. This approach allowed speakers to interact with the audience during the talk. 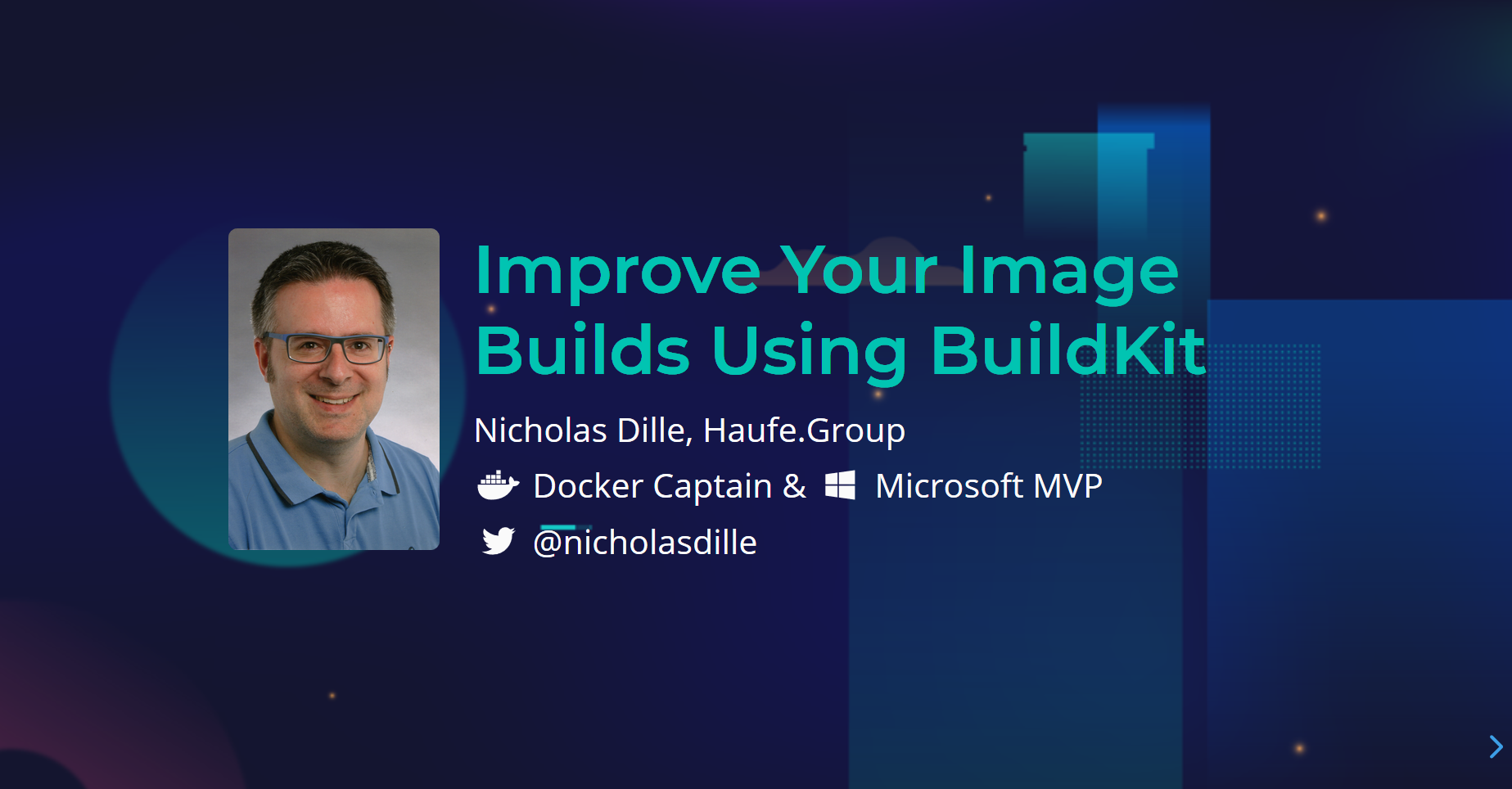 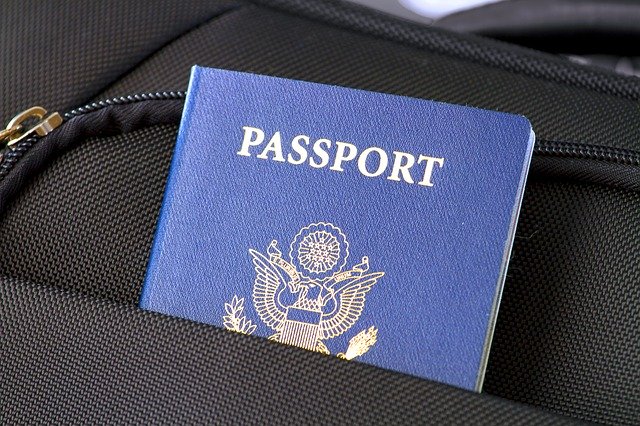 Webinar about how to improve your #Docker image builds

This week I had the honour of giving a talk at the Docker Virtual Meetup about how to improve your Docker image builds. It was a very interactive crowd :-)

There has been much confusion around the container entrypoint and parameters. This post will shed some light on this topic and present an script to serve as an flexible entrypoint.

For the third time in a row, I co-organized a regional IT conference called x-celerate held in Freiburg, Germany. This time, I contributed a talk about covering the following topics: 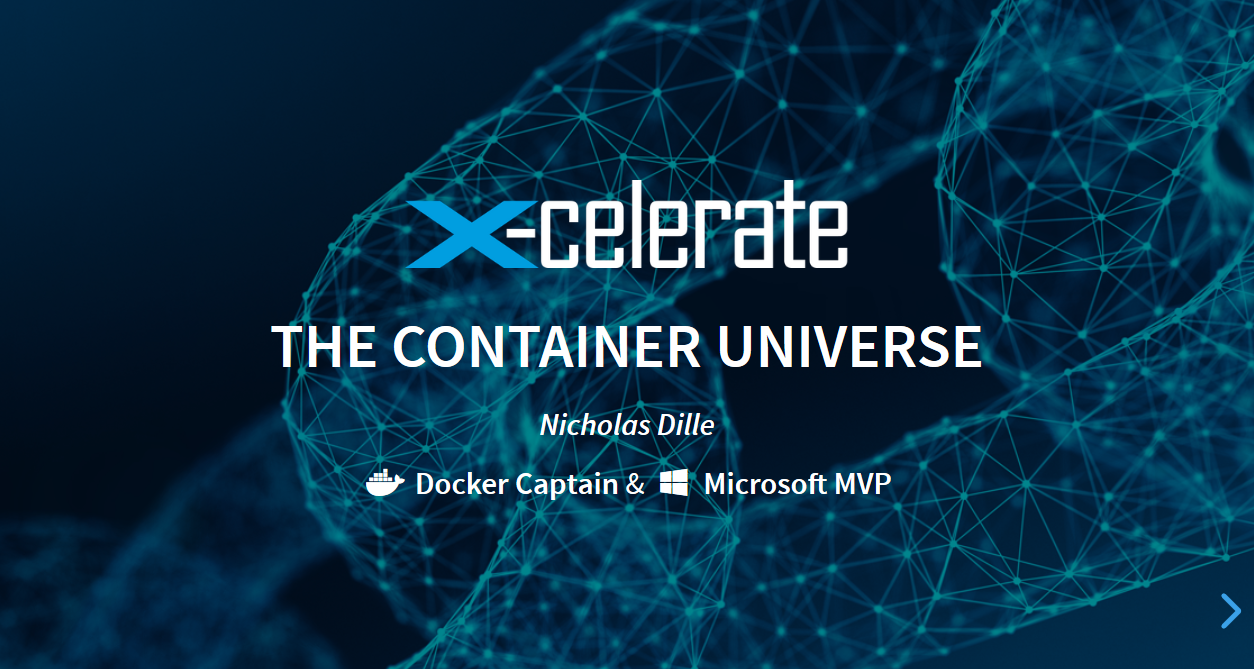 Talk about observability at Devsmeetup

Last week I had the chance to talk about observability at our local Devsmeetup. As usual, after the talk we had a very lively discussion about monitoring in general but also about Prometheus and long term storage. 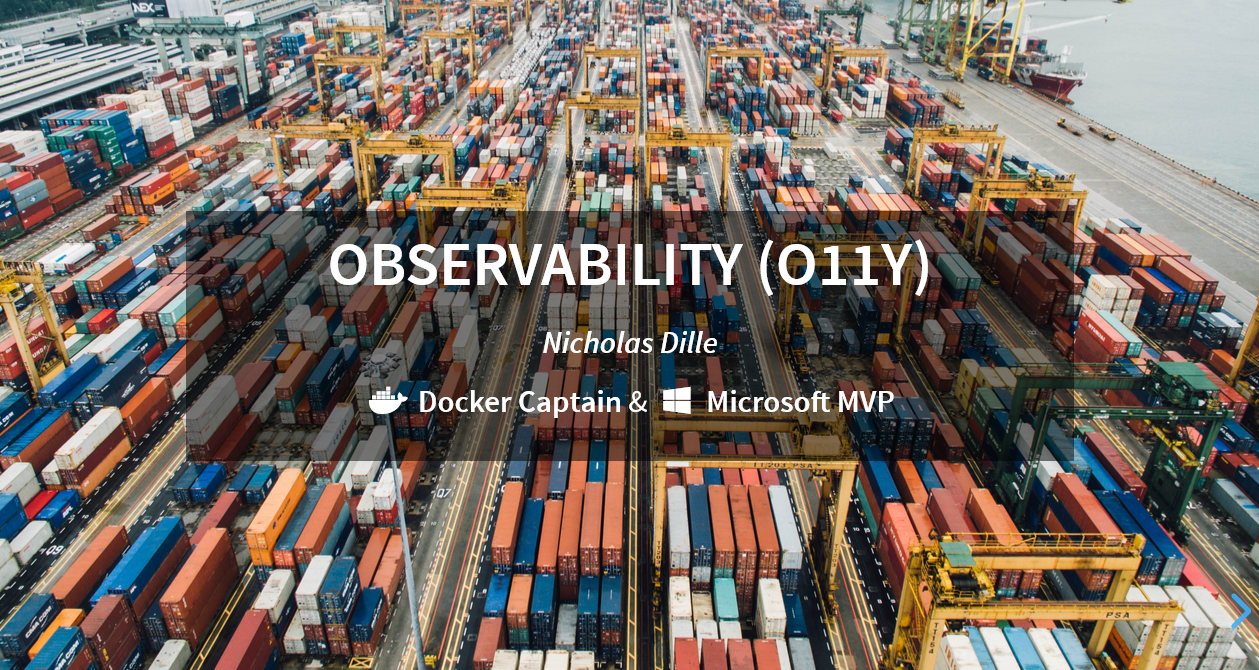 Talk about news from the container space at ContainerConf #ConConf2019

Last week I had the honour of talking again at ContainerConf 2019 in Mannheim. I consider this conference to be the best German event in the container space. Just like in the two previous years I talked about news with regard to containers. But this year, I decided to stop focussing on Docker but covered Kubernetes as well. 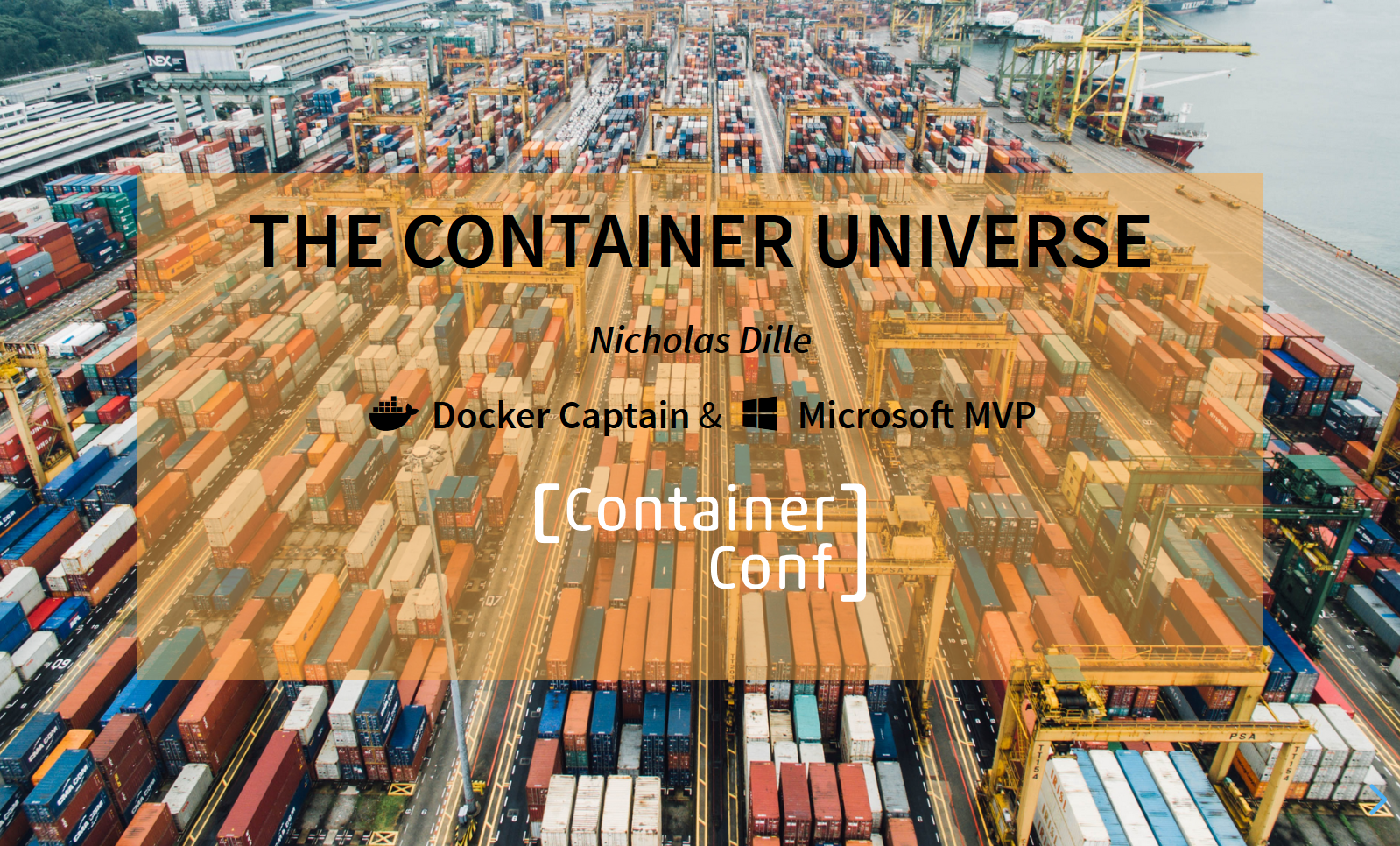 When working with Kubernetes for the first time, the concept of a pod feels strange because Docker has not prepared us for it ;-) But the idea of a pod can be useful when working with Docker. This post will demonstrate how to use a pod to deploy isolated environments for workshops.